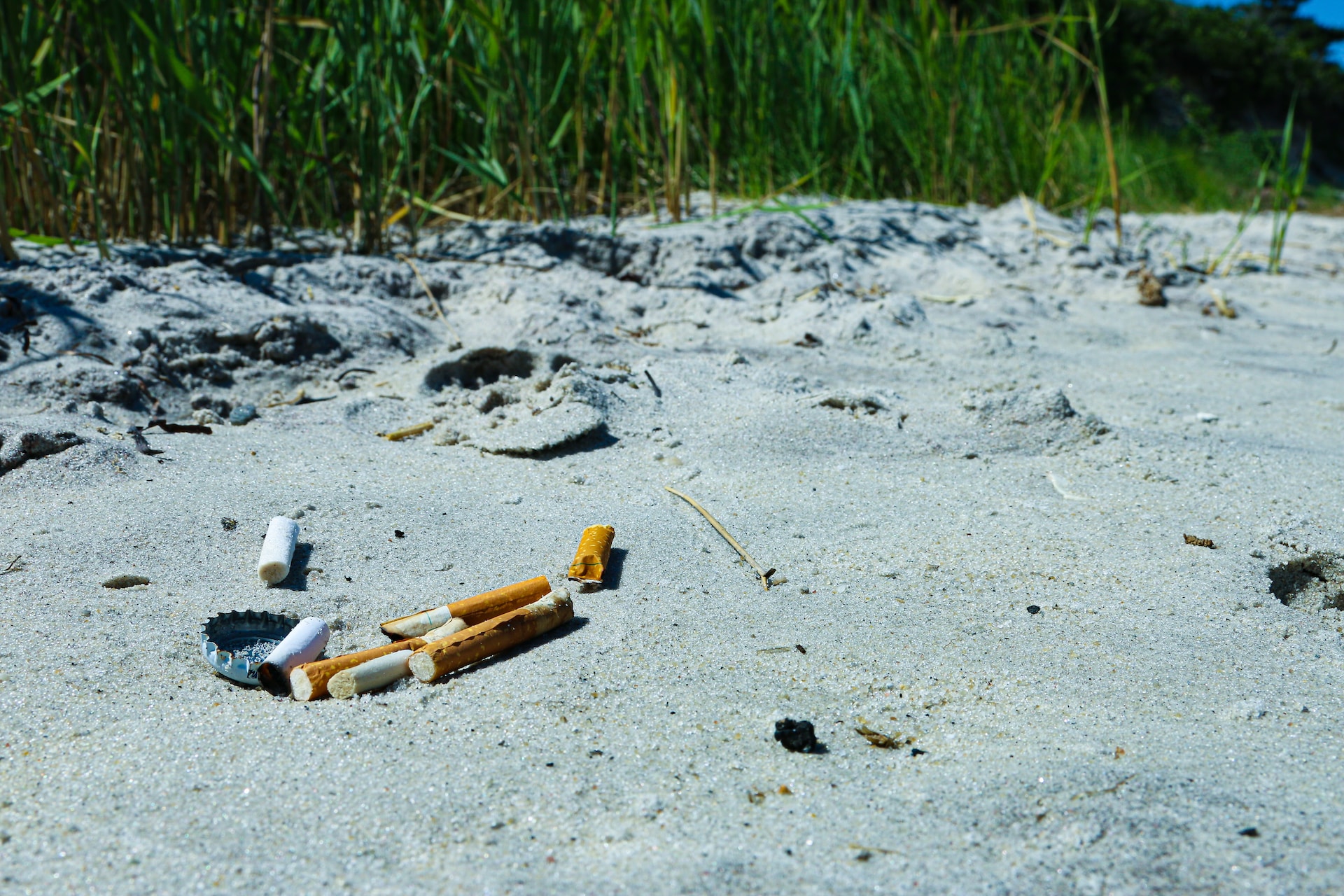 Cigarette Butt Litter – Dangerous, illegal and bad for the environment

Before I start I will admit I am a non-smoker that has never taken up the habit. It is also fair to say that I am not a fan of cigarette smoking. One of my many objections to cigarette smoking is cigarette butt litter. It is dangerous, illegal and bad for the environment.

Cigarette butt litter is a growing problem in Australia, particularly since the banning of smoking in office buildings, and more recently in pubs and clubs. Australians litter more than seven billion butts each year, with the Keep Australia Beautiful National Litter Index showing that cigarette butts make up a staggering 49% of litter.

Cigarette butts are harmful to our environment and can take years to break down. They can leach toxic chemicals such as cadmium, arsenic, lead and zinc into water within one hour of contact and can be carried by stormwater into our rivers and bays, potentially harming our marine life.

Did You Also Know?

Photo by Brian Yurasits on Unsplash

A whole array of anti-smoking therapies are available in the market that you can get hold of for the purpose of triggering off smoking cessation. Some of the procedures to treat smoking addiction, namely, quit smoking medicines such as chantix (champix), Zyban and nicotine replacement therapies(nicotine gum, patches and lozenges) can help you to quit smoking at the earliest. To get hold of detailed information on these anti-smoking treatment procedures, visit the website http://www.chantixmagic.com.

Thanks Adelen for commenting.I agree there are alot of help available for people that do smoke and wish to kick the habit. If you are a smoker and need help to quit, I would recommend that you visit the Government Quit website http://www.quitnow.info.au/ This is a comprehensive website that contains information and support.

Do you know why chantix is so popular for quite smoking. Because it gives very good results and FDA approved Chantix Pill for Quit smoking !