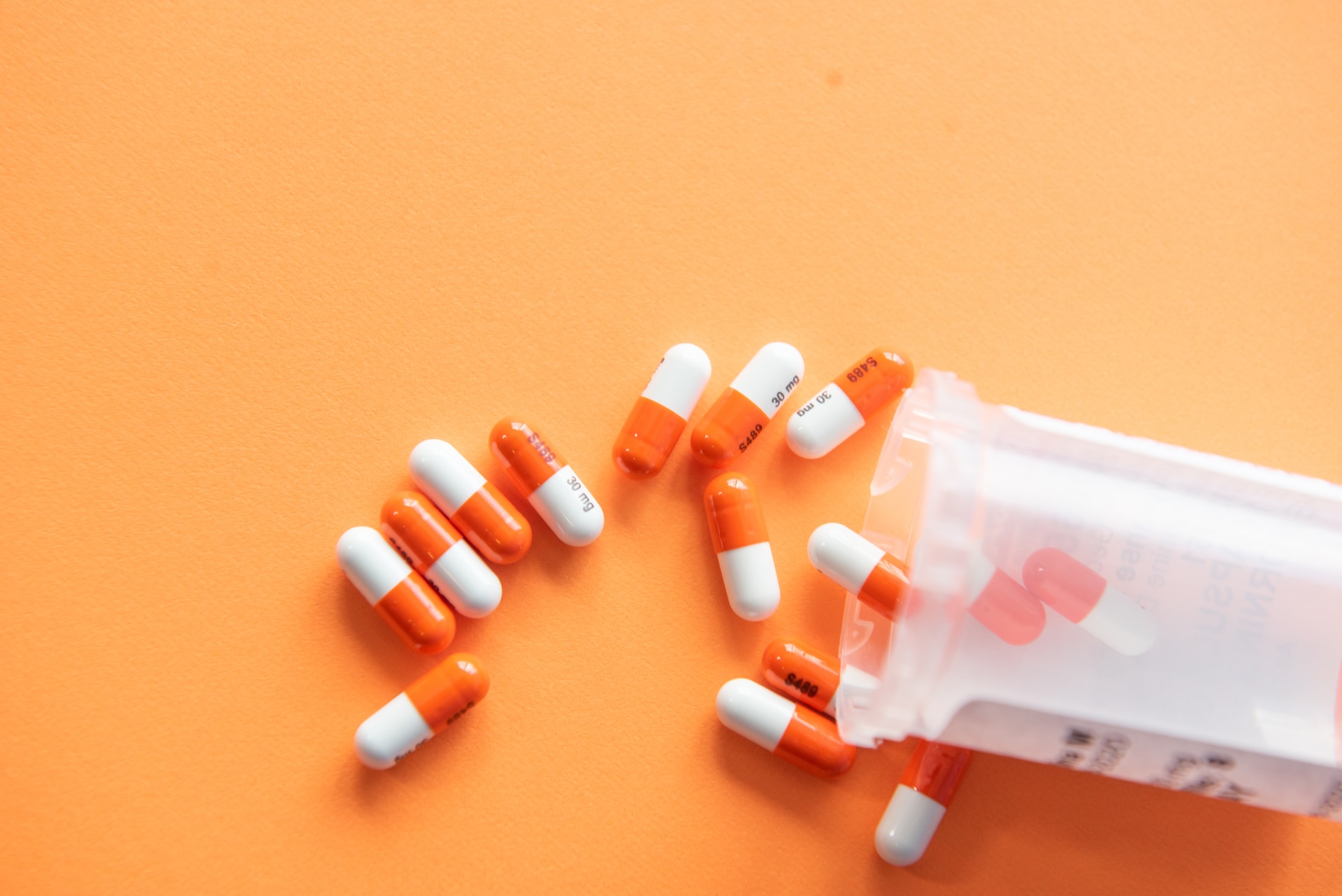 Health – It’s a Matter of Priorities

I think most Australians think that if you have a medical issues that financially at least you’ll be O.K. That between Medicare and Private Health Insurance that 100% (or if not very close to it) will be paid by someone else. I know that this is what I thought and up until recently that had pretty much been my experience. You go to the doctor and you get bulk-billed ( or pay a little extra) then go to the chemist and get your prescription with drugs partly funded under the PBS (pharmaceutical benefits scheme) … sweet. You are sick and go to hospital … Even if it something really serious (and expensive) like cancer, organ transplant or heart by-pass and most of your bills are paid.

However this is not always the case. If your issue does not fit within the governments criteria you could either be left with your family having to pay a huge bill or little to no therapy. This is just wrong. IMHO the government defines ‘health’ under 3 board categories – doctors, drugs and hospitals. Influenced by powerful lobby groups this is where almost all of the health funding goes. So if your primary therapy is not from at least one of these 3 groups you are in trouble. Funding in comparison for other professionals such as allied health professionals is controlled and capped. To get even the most basic services requires multiple visits to doctors (MD) purely for paperwork reasons and management of further amounts of paperwork to get ‘some’ of it back. It is just crazy.

Yes I am a mother of an Autistic child and I am angry. I am angry that his therapy is not adequately funded by Medicare and Private Health Insurance. I am angry that the government recognizes that Autistic Children need a MINIMUM of 20 hours therapy a week in early intervention and maybe funds 1/10th of this.  If this same level of assistance was provided to to children with medican conditions there would be uproar … Well it just wouldn’t happen would it.

In the end I guess it just comes down to priorities. Whatever way the government wants to spin it. Money talks. If it gets adequately funded it is a priority and if it doesn’t then it is not. What I hope to show here over a series of posts is a comparison of the funding for Autism therapies against some other health priorities. I think/hope you will find this interesting.

Firstly a comparison between Autism and Early Intervention and Aged-related Macular Degeneration (AMD).

Autism is a complex lifelong neurological disorder characterised by impairments in communication, socialisation, and restricted patterns of interests and behaviours. According to the CDC up to 1 in 80 children.

What are some of the risk factors?

Sex
Boys are three to four times more likely to develop autism than girls are.

Family History
Families who have one child with autism have an increased risk of having another child with the disorder. It’s also not uncommon for the parents or relatives of an autistic child to have minor problems with social or communication skills themselves or to engage in certain autistic behaviors.

What is the government doing?

The Australian Government in 2007 committed $190 million for the four years up to June 2012 to deliver the Helping Children with Autism package. The package aimed to help address the need for support and services for children with Autism Spectrum Disorders (ASDs).

However what does this mean in practice as far as helping fund therapy?

The early intervention component of the package, all eligible children up to the age of seven have access to early intervention funding of up to $12,000 (up to $6000 per financial year), regardless of whether they have commenced school.

But doesn’t this cover it?

Unfortunately not … And not by a long way. The costs for therapy programs can be about $60K a year.

Whilst expensive to deliver studies suggest that the life time savings achieved by 2 years of 1000 hours of best Practice Early Intervention exceeds $1 million per child. The value to the child and their family cannot be estimated.

What is the money spent on?

What is Aged-related Macular Degeneration (AMD)?

Age related macular degeneration is a medical condition which usually affects older adults that results in a loss of vision in the center of the visual field (the macula) because of damage to the retina. (Wikipedia).

What are some of the risk factors?

Smoking
Smokers and people that have smoked are three times more likely to develop AMD. A British study completed in 2005 and published in the Journal of British Ophthalmology (April 14, 2005) concluded that smoking doubles your risk of developing macular degeneration. A review of 17 other studies suggested that there is enough scientific evidence to conclude that smoking may actually cause age-related macular degeneration. (About AMD)

High Blood Pressure
Having hypertension increases the likelihood of developing macular degeneration. The eye is a highly vascular organ with a rich supply of blood vessels. As a result, changes in blood pressure affect the eye. Having hypertension, as well as other cardiovascular diseases, increases the likelihood of developing macular degeneration.(About AMD)

Family History
People with a family history of Macular Degeneration have a 50 percent chance of developing the disease.

What are the treatment options?

There are 2 drug options that are available for the treatment of AMD – Lucentis and Avastin.  Both Avastin and Lucentis were developed by Genentech, which is a wholly owned subsidiary of Roche. Research has shown from the head-to-head study of Lucentis and Avastin in AMD that the two drugs differed little in preserving vision.

What is the government doing?

Lucentis is listed under the Pharaceutical Benefits Scheme for the treatment of AMD. Lucentis has rocketed in use to become the second-most costly medicine on the Pharmaceutical Benefits Scheme, costing the taxpayer $237 million last year. This is despite the existence of an alternative, Avastin, which though originally approved for the treatment of certain cancers has also been used for some years to treat macular degeneration.

In an editorial in the Medical Journal of Australia, the experts, including Melbourne drug policy campaigner Dr Ken Harvey and Sydney pharmacologist Professor Ric Day, write that despite the research results, there is little incentive for clinicians, drug companies or government bodies to pursue the economic benefits available to the taxpayer in getting Avastin listed. (SMH)

So why isn’t Avastinon the PBS for AMD? Roche, the company which markets Avastin in Australia, would face substantial costs in meeting regulatory requirements to get PBS listing for its use as a treatment of macular degeneration … and it is Roche that would lose if there was a drop in the usage of Lucentis. In short it isn’t in their interest to do it.
The editorial says the government could significantly cut its costs by itself seeking a PBS listing of Avastin. But is it??

However what does this mean in practice as far as helping fund therapy?

Therefore at most the patient will pay $370 a year for a drug that costs $24,000. However this could, if treated alongside other medical issues, cost nothing.

What is the money spent on?

The primariy cost of the therapy is on the drug that has been developed, manufactured and owned by an overseas pharmaceutical company. In short the money goes overseas.

So just to bring this all together

Costs of therapy (per individual)

Funding by Government in 2010

Where does the money go?

Does this really seem fair??

Social Model Of Disability And Why It Is...

What are you doing? – Film Distributed to...

What Good is Freedom of Speech without the...

Which country expects a child to wait more...

Another amazing advocacy post Broni. I hope you are being heard! As much as I wouldn’t want to deprive anyone with Macular Degeneration of treatment, it certainly makes sense to look into the cheaper option and shift some of the public purse elsewhere. Thanks for Rewinding. I really enjoy these posts x

It’s always amazing to compare ‘hardware’ with ‘software’ issues… if something physically goes wrong, there are so many more chances of it being dealt with.  Early on I met a wee boy who had had hydrocepahly(??) and then was dx with autism.  His family couldn’t believe how great the care was for the physical issue and how poor for the developmental one.  Sigh…