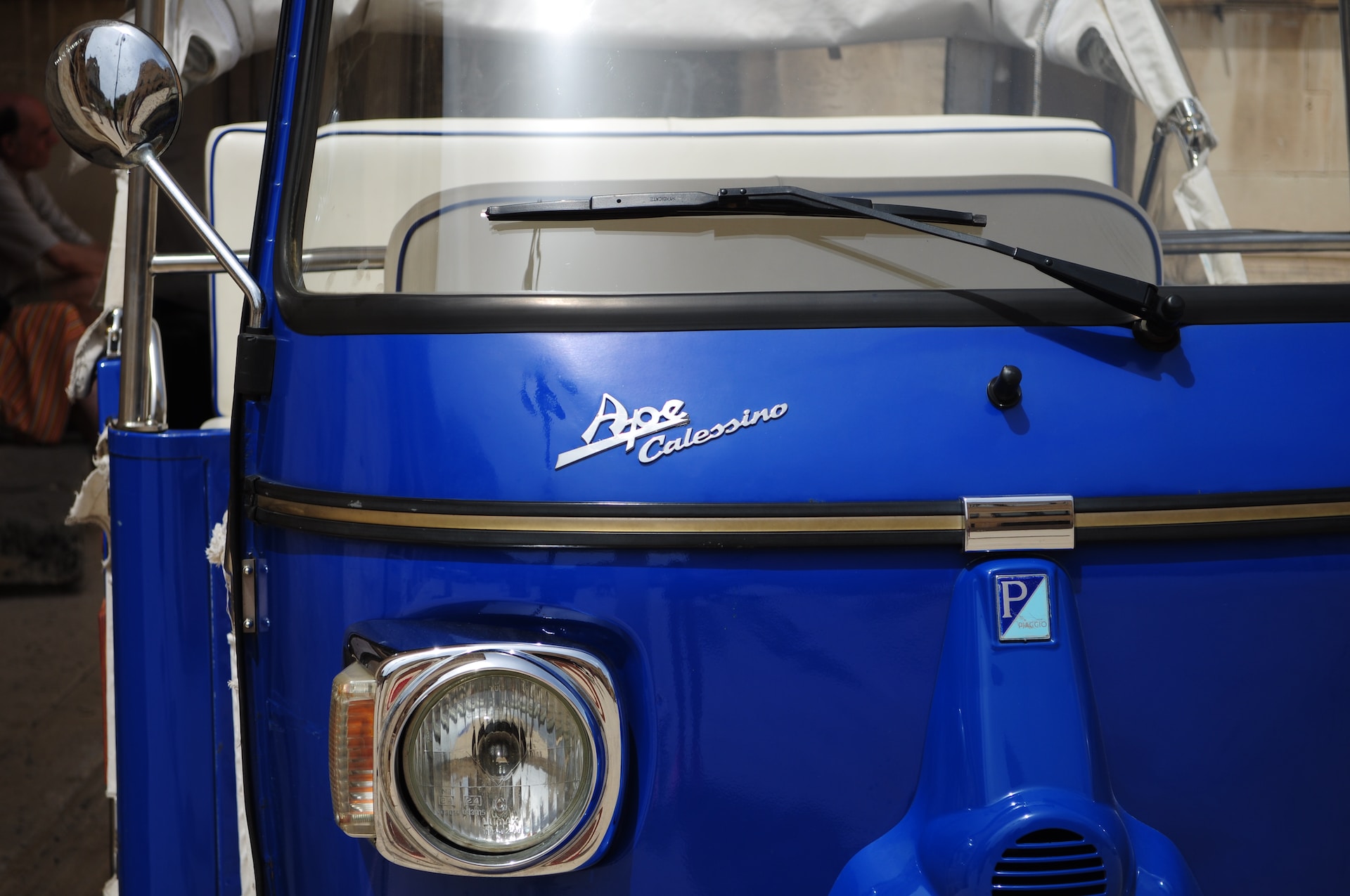 I know that this is going to sound really crazy but I love the Piaggio (Vespa) Ape.  Not heard of the Ape … well let me enlighten you. The Ape for one is not hairy primate and it is not pronouced in the same way either. It is a is a three-wheeled light commercial vehicle produced by Piaggio and it is pronounced “ah-peh” – Italian for bee.

If you have every visited any of the large Italian cities, particularly in the old quarters or near a market you would have seen the Piaggio Ape. They are amazing. They were originally created after the second world war as a form of cheap transport to help with the reconstruction efforts in Italy. And they have been a huge success with production continuous since its inception. Over the years they have been modified to come in a variety of  configurations from vans and pickups for load carrying to a rik-shaw configuration for carrying people … and even as a fire-engine (check out Museo Piaggio)

What I love about it is that it is controlled with scooter style handlebars. There is no streaming wheel. Sometimes they have doors but many don’t. They are a perfect example of Italian ingenuity and charm .. OK I admit … my unhealthy love for all things Vespa may be part of my love and bias … but they are really cute and also very practical (Ok there is no place for the kids seat … but there isn’t also on my Vespa ;P )

What do you think? Is this me taking my unhealthy love for the Vespa too far or do you think that there is a place on Sydney roads for the Ape?

If Moms Talked to Each Other The Way...

Things I Love About London – Tower of...

Some Days I Miss … the Theatre